You are here: Home / The Story of Westside Christian Church 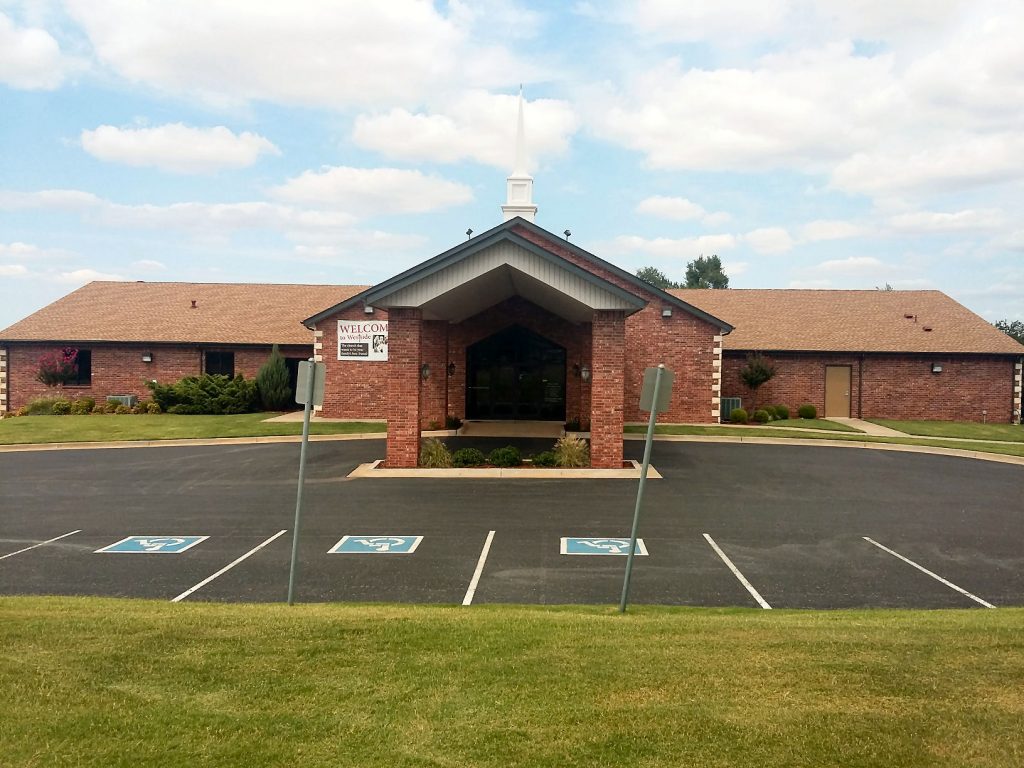 Westside Christian Church first met on November 2, 2003 in a vacant home on Rumsey Road, about 1/4 mile north of the Northwest Expressway. The home was made available to us free of charge, but was on the market to be sold. A contract was placed on the home and we were forced to find another place to meet.

Space was located in a strip mall at the corner of NW 122nd and Rockwell. We rented 1,750 square feet and began meeting there on November 30, 2003. We experienced a steady growth and on January 18, 2004 hired Howard Faerber as our first minister. An additional 5,250 square feet of space was available just to the east of where we were meeting and we rented it. It was unfinished and we needed to remodel it to suit or needs. Our first Easter Service was held in this open, unfinished and unheated area. We had 104 in attendance at that service. Also, on that Sunday our Charter Membership came to a close with 61 members.

The Lord continued to bless our efforts and the new space was remodeled to suit our needs and served us quite well. We occupied this space in November of 2005. We spent $90,000 to remodel this space and God provided all of the funds through His people and we were able to finish the project without borrowing any money.

We received news of the sale of the strip mall in 2006 and were told our lease would not be renewed, but that we could rent month to month until other facilities could be located. We found 5 1/4 acres of land on the Northwest Expressway that could be purchased for $150,000 and God once again made those funds available through His people. The property was purchased in July of 2006 and we immediately began a building fund drive. An architect was selected and we began making plans to build. Groundbreaking was held on June 29, 2008 and initial property preparation began.

Church Growth Development, Joe Wilson and his group, was selected to help us with construction. In late October of that year, the walls were erected, the roof was put in place, and we had a building. Acting as our own contractor, we selected sub-contractors to complete the building. Construction was completed and we occupied the building on Mother’s Day 2009. At our dedication service, there were 156 in attendance which included members and Joe Wilson’s group who assisted in the construction. At the completion, our debt was $545,000 on a building of 10,500 square feet that appraised for $1,200,000. At the time of this writing (July 2016) our debt has been reduced to under $50,000. God has blessed us greatly.

On June 1, 2014 Phil Hays was hired as our second minister, but Westside’s first full time minister. Growth has been gradual but steady. Our current budget is about $250,000 annually. The area around the Church is growing by leaps and bounds. Because of our location and the growth taking place around us, the future for Westside Christian Church is bright indeed. Our mission statement – Win the Lost, Equip the Saved, Serve All – is our goal. With God’s help we strive daily to achieve that goal.